Learn how did the ugly Christmas Sweaters become a cultural phenomenon.

The Bay Area Rapid Transit (BART) sold 40 polyester ugly Christmas sweaters featuring subway train designs, as well as snowflakes and Christmas trees, at $60 each, within minutes. The only promotion that they had prior to the flash sale was on Twitter. In reaction to queries from BART’s followers after they noticed that Bob Powers, the General Manager, wore the sweater while discussing air conduction systems on the train that helped to mitigate the risk of Covid, the BART official account tweeted “Stay tuned next week”.

Mr. Powers appeared on screen for a grand total of 15 seconds.

What’s more interesting is that most of the purchases came from outside of the Bay area. So how did these self-mocking fashion statements become a cultural phenomenon?

While the tradition of Christmas sweaters has existed in the UK since the 19th century, their influence was really beginning to be felt in the US in the 1980s when popular sitcoms of the day featured characters wearing ridiculous-looking sweaters. Even back then, the sweaters doubled as a piece of festive garb and a statement of self-awareness.

The jump from on-screen trope to off-screen fashion statement can be traced to Vancouver, Canada, where the godfathers of the ugly sweater party threw the first ironic get together in 2002 in celebration of the holidays. It’s no wonder that the image of Ryan Reynolds wearing an ugly Christmas sweater while being accosted by Hugh Jackman and Jake Gyllenhal has become so iconic; Reynolds is originally from Vancouver.

While the ugly sweater became a massive pop culture inside joke, haute couture labels like Givenchy and Dolce & Gabbana, stamped it with high fashion’s approval in 2010-2011, when a series of pullovers featuring gaudy designs were introduced as part of their fall/winter collections. Soon, mainstream retailers like H&M and Macy’s followed suit by releasing their own incarnations of the ugly Christmas sweater.

Soon, celebrities got in on the game and the rest, as they say, is history.

Fast forward to 2021, ugly Christmas sweaters have become the latest trend in online marketing as brands including Microsoft, Disney, Hulu, Crocs, Bud Light, Nasa, and even the British parliament have hopped on the ugly Christmas sweater train by releasing their own takes on the holiday classic.

While using the eye-catching Christmas apparel in branding is no longer groundbreaking, imaginative takes on the somewhat tired trope can still help you engage potential leads on social media, just ask the BART, whose Twitter account grew by over 3000 followers as a direct result of its ugly Christmas sweater flash sale.

Learn the essentials for starting, running, and growing an online business and updates about Shoplazza. 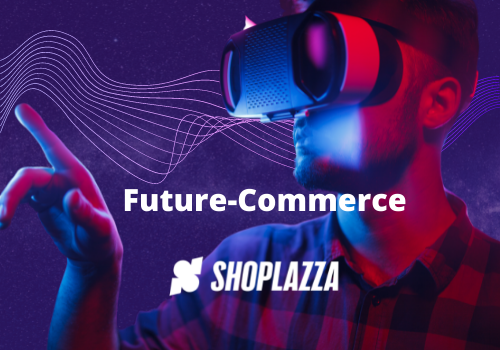